2013 Ford puts the “stock” back in Stock Car Racing 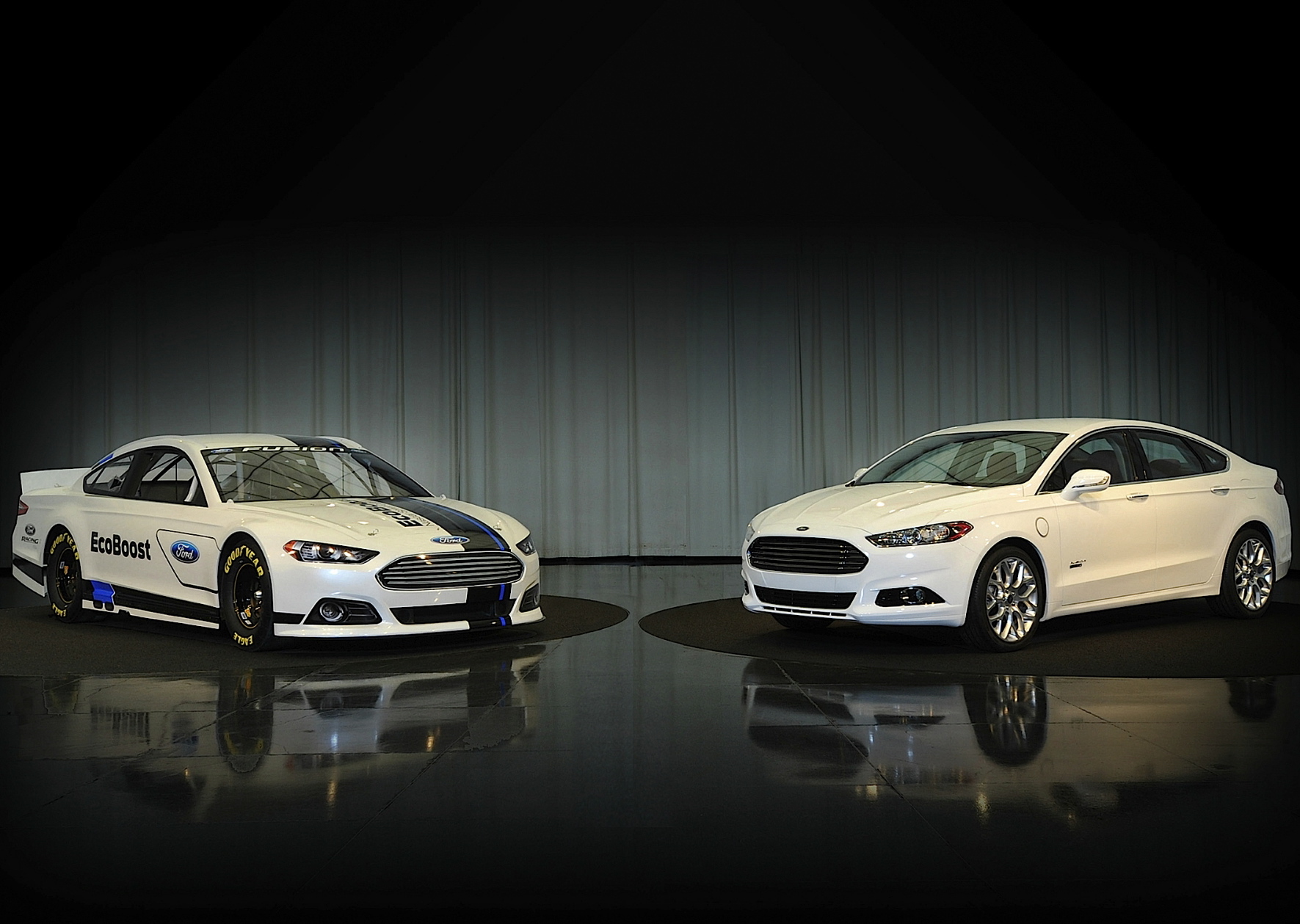 For years, the differences between Tony Stewart’s Chevy Impala, Denny Hamlin’s Toyota Camry, and Carl Edward’s Ford Fusion have been undistinguishable to the untrained eye.

But on Tuesday, all of that changed. Ford Racing unveiled the new 2013 Ford Fusion racecar. Roush Fenway’s Greg Biffle had the job of driving the model out for display at a special press conference and after, demonstrating on the track at Charlotte Motor Speedway. It seems now, the NASCAR model resembles its factory counterpart more than it does its competitors on the speedway.

“Today is a very significant landmark for us,” said Mike Helton, NASCAR President. “It brings back the relevancy of NASCAR on the race track to what fans have in their homes and in their parking lots and garages and at their parking spots at work.”

It’s a trip back to the early days of the National Association for Stock Car Auto Racing. Back to when stock car racing rules required the use of stock cars. A no-brainer one would assume. After all, NASCAR was founded upon the idea that racing normal factory cars was an affordable option in post-World War II America. But as the sport evolved, the cars did too. It was a sort of converging evolution that brought the cars of different manufacturers to look almost identical.

Many long time race fans would express their disappointment in the shift to cookie cutter cars. The only thing as fun as rooting for Richard Petty over Cale Yarborough was rooting for the Plymouth Road Runner Superbird over the Ford Torino Talladega.

NASCAR recognized that and met with all four auto manufacturers to promote the return to the days of brand identity. Ford was first to roll out the 2013 model. The Chevy Impala, Dodge Charger, and Toyota Camry have yet to announce reveal dates.

But Ford Racing Director Jamie Allison thinks the differences will be clear. “The cars will not look anything like each other,” Allison said. “Every car will now look identifiable as its production sibling.

Allison said the new “sleek and sexy” design was all about bringing manufacturer competition back to the fans. “We wanted Fusion to be the car that helped return ‘stock car’ to NASCAR,” he said. “There is just something natural about seeing race cars that look like cars in their driveways.”

The factory Ford Fusion will be available to park in your driveway in fall of 2012, and you can cheer for (or against) the NASCAR model beginning in the 2013 Daytona 500.