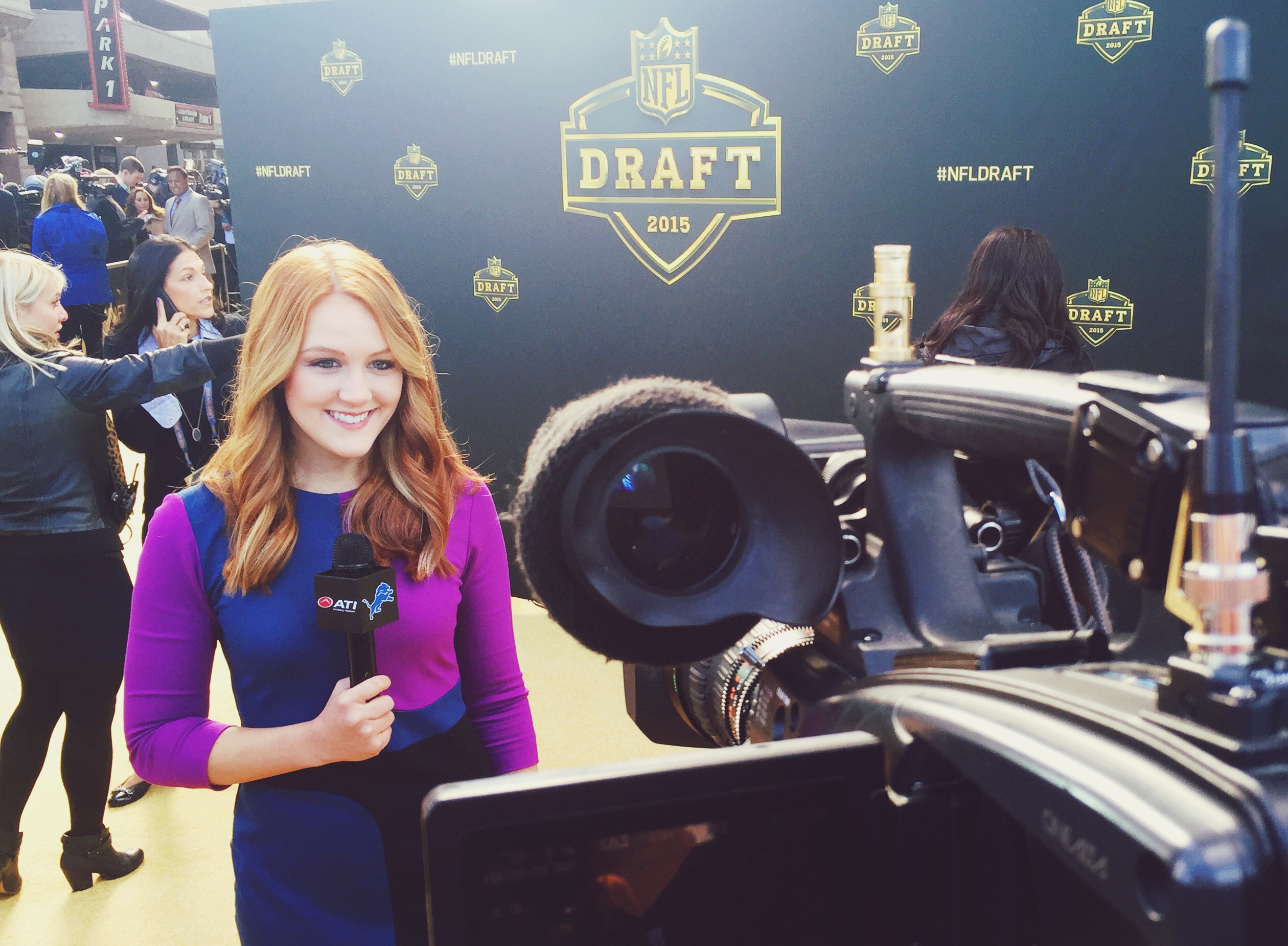 Tori was the only on-site reporter for the Lions at the 2015 NFL Draft in Chicago. Not only did she get the first 1-on-1 interview with the Lions’ first-round draft pick, Laken Tomlinson, but she also interviewed NFL Commissioner Roger Goodell, gave fans a tour of Draft Town, and reported from the Gold Carpet before the draft. After spending the first two days of the draft in Chicago, she returned to the Lions’ headquarters in Allen Park to announce the 4th through 7th round picks live on NFL.com and NFL Network. Check out all of Tori’s 2015 Draft coverage here:

1 on 1 with Roger Goodell

1 on 1 with NFL Network’s Daniel Jeremiah

1 on 1 with NFL Network’s Charles Davis

1 on 1 with Laken Tomlinson

1 on 1 with Lions great Chris Spielman

Post-draft 1 on 1 with GM Martin Mayhew