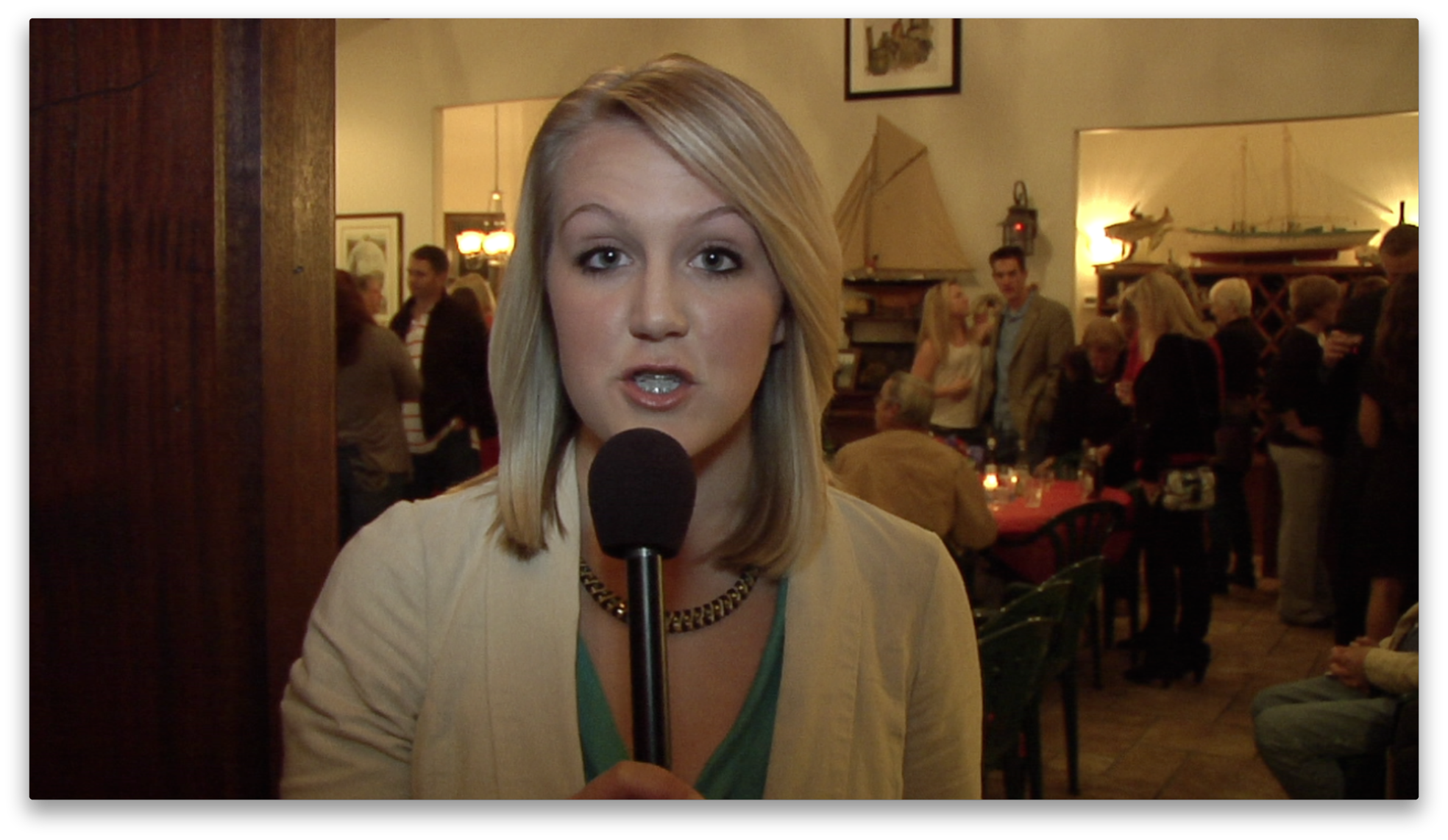 Tori was a part of WUFT’s 2012 Election Night coverage. She went on site to Congressional candidate Ted Yoho’s support gathering and delivered updates from the field back to the WUFT-TV newsroom.

Election Night in the WUFT Newsroom via wuft.org.

The WUFT newsroom had its first real test since opening at the beginning of the fall semester at the College of Journalism and Communications at the University of Florida covering the 2012 election with live updates throughout election night.

“Tonight was a fantastic experience to get the new Weimer Newsroom baptized with a real election event,” said Dr. Norm Lewis, a journalism professor at the college. “It was great because I got to work with the students directly as they were writing their stories.”

More than 60 journalists from the college covered the election in the new Integrated News Facility, the WUFT studios and in the field at polling precincts. With live updates on WRUF-TV, the college’s 24-hour weather station, Florida’s 89.1 WUFT-FM and a special 30-minute broadcast at 10 p.m. and constant updates online, the newsroom was filled with a constant buzz of ringing phones, radio broadcasts, television updates and chatter of the most recent polling numbers.

“The urgency of the information being updated was something that I don’t think many of us students have had a chance to practice with,” said Emily Burris, a senior telecommunications major. “I think this was an excellent experience to see what news stations do for this type of special event coverage.”

In previous elections the college’s newsrooms were spread across multiple floors of Weimer Hall. Now, in one centralized location, the faculty and staff of the college can work with students from various majors to simultaneously provide content to the college’s multiple media properties.

“We were able to take three separate newsrooms and this was our first big news event that really challenged us,” said Matt Sheehan, director of the 21st Century Newslab and professor at the college. “Not only in a new space but also the new mentality of thinking with a more robust web presence.”

New to the election coverage for WUFT is the addition of journalists from the college’s editing classes with Dr. Norm Lewis.

The student journalists provided minute-by-minute updates to WUFT.org as the results of the many state elections were released throughout election night. Far from the ordinary labs that most students are used to in the journalism program at the college, these journalists worked in real time to update the rest of the newsroom on election results posting over 50 stories to WUFT.org.

“There isn’t a lot of fact checking as far as numbers – you’re looking to make sure you interpret them correctly and you don’t indicate that someone has won when in fact they are just leading,” said Lewis.

With three different locations throughout Weimer Hall, election night broadcasts spanned the building from the Streetside Studio to the Newsroom to the WUFT News set. Live updates from the newsroom were produced within minutes of going on air as election results came in.

As the final results came in, the newsroom some of the students who were part of calling the election at the end of the evening would spend the night only the anchor NPR Morning Edition at 4:30 a.m. the next day.

“Everybody is on edge and it’s really fun to watch all the aspects of the newsroom tonight come together as one for such an important evening,” said Catherine Awasthi, a senior telecommunications major. “You can look back and say ‘I was a part of in an 18-hour workday that involved choosing our next president.’”

The previous story is from WUFT.org’s election night recap here.