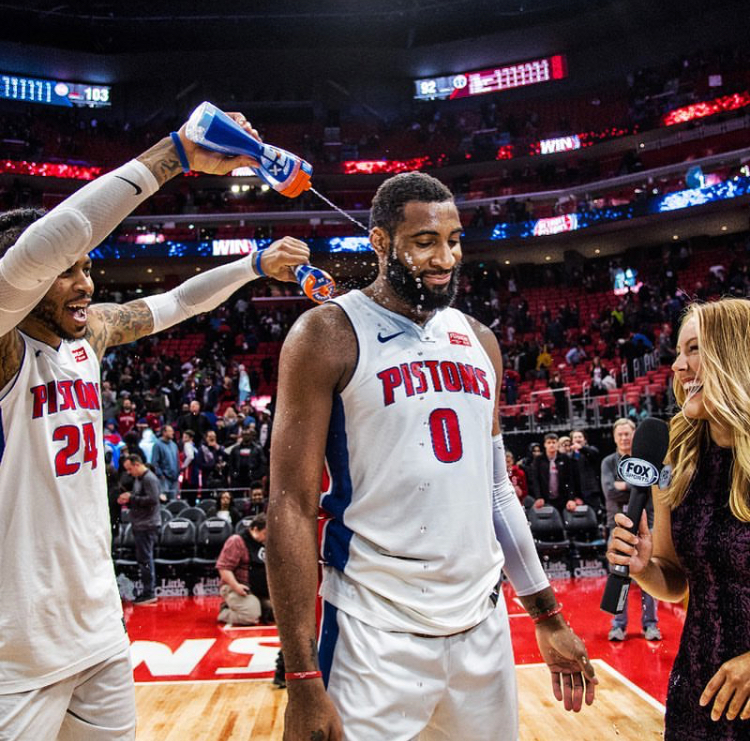 Tori joined Fox Sports Detroit’s Detroit Pistons broadcast crew of George Blaha and Greg Kelser as the sideline reporter for the Pistons’ matchup with the Washington Wizards this March. She appeared on the pregame show as well as the postgame show with Mickey York and Tim McCormick, where she is seen here interviewing Andre Drummond.